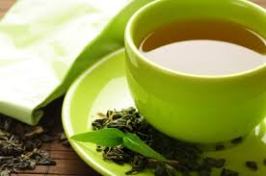 A study led by Stefan Borgwardt, MD, PhD, from the Department of Psychiatry, University of Basel, Switzerland, shows that drinking a green tea extract enhances memory performance, a finding that researchers suggest may have important clinical implications for the treatment of neuropsychiatric disorders, including cognitive impairment.

This is “the first evidence for the putative beneficial effect of green tea on cognitive functioning, in particular, on working memory processing at the neural system level by suggesting changes in short-term plasticity of parieto-frontal brain connections,” the investigators write.

The study was published online March 19 in Psychopharmacology.

Several studies have suggested that green tea enhances cognitive functioning. However, until now, the neural mechanisms underlying these putative benefits have been unclear.

To determine whether green tea extract modulates effective brain connectivity during a working memory task and whether connectivity parameters are related to task performance, the investigators recruited 12 healthy male volunteers who consumed either a milk whey–based soft drink containing 27.5 grams of green tea extract or a similar drink without green tea.

fMRI results showed increased connectivity between the parietal and the frontal cortex of the brain with the green tea extract, and these neuronal findings correlated positively with improvement in task performance.

“Our findings suggest that green tea might increase the short-term synaptic plasticity of the brain,” Dr. Borgwardt said in a statement.

“Modeling effective connectivity among frontal and parietal brain regions during working memory processing might help to assess the efficacy of green tea for the treatment of cognitive impairments in neuropsychiatric disorders such as dementia,” the researchers conclude.

The study was supported by grants from Rivella, which manufacturers the soft drink used in the study. The company had no role in study design, collection, analysis, interpretation of the data, writing of the report, or decision to submit for publication. The authors have disclosed no relevant financial relationships.

I am a Behavioral Neurologist & Neuro-Endocrinologist with more than 27 years of experience and practice.
View all posts by Anton Coleman, MD →
This entry was posted in Uncategorized and tagged Brain, cognitive boost, green tea, memory, mental health, neurology, prevention. Bookmark the permalink.