Molecular analysis of brain tissue from alcoholics revealed numerous differences from normal controls, potentially providing a key link connecting the brain to behavior in chronic alcoholism. Also, another study connects autoimmunity to at least some cases of epilepsy, and a novel antipsychotic drug targets negative symptoms in schizophrenia. 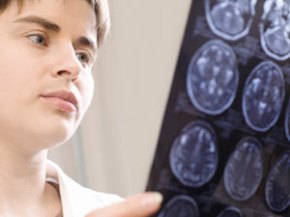 This Is Your Brain on Alcohol for Years

Brain autopsies in 20 alcoholic individuals versus 20 matched controls revealed a spectrum of differences in protein types and concentrations that may “provide a molecular basis for some of the neuronal and behavioral abnormalities attributed to alcoholics,” according to a British-Spanish research group.

Led by Amaia Erdozain, PhD, and Wayne Carter, PhD, of the University of Nottingham in England, the researchers examined the prefrontal cortex (Brodmann area 9) in exquisite detail, using gel electrophoresis, two types of mass spectrometry, and other assays to identify and quantify proteins present in the postmortem tissue.

Key findings in the alcoholic specimens compared with controls included:

Not only might these molecular changes reflect or cause the clinical effects of chronic alcoholism, they may also contribute to the overall brain atrophy seen in the condition, the researchers suggested in their report, appearing online in PLoS ONE.

Limitations to the study included less-than-perfect assays for some proteins and variations among the alcoholic subjects in age, duration of alcoholism, and cumulative alcohol intake; these subjects may not be representative of alcoholics in the general population.

Another study supports the notion that at least some cases of epilepsy have their roots in autoimmunity, and this one comes at the question from a new angle.

Analysis of U.S. insurance claims data on some 2.5 million people found that a diagnosis of epilepsy was nearly four-fold more common among those with autoimmune disorders, according to a report in JAMA Neurology.

Kenneth D. Mandl, MD, MPH, of Harvard Medical School in Boston, and colleagues, compared the presence of an epilepsy diagnosis in insurance plan members who had any of 12 autoimmune disorders listed in their records — such as psoriasis, rheumatoid arthritis, or celiac disease — versus other plan members

After adjusting for other factors, they found an odds ratio of 3.8 for an epilepsy diagnosis (95% CI 3.6-4.0) associated with any of these conditions. No one type of autoimmunity stood out as a special risk factor, the authors indicated.

But children in the sample appeared to be more susceptible than adults to epilepsy in conjunction with autoimmunity, with an odds ratio of 5.2 (95% CI 4.1-6.5).

Other studies have also suggested that epilepsy may have an autoimmune component, especially in cases that don’t respond to conventional anti-seizure medications.

For example, Italian researchers reported last year that they had found neural autoantigens in 14 of 72 patients with drug-resistant epilepsy.

And Mayo Clinic researchers said last fall that immunotherapies such as intravenous immunoglobulin or steroids may be tried in patients with treatment-refractory epilepsy, after achieving success in 18 out of 29 patients.

Mandl and colleagues noted that their study was based on claims data, which may be flawed and/or incomplete. Nevertheless, they wrote, “The potential role of autoimmunity must be given due consideration in epilepsy so that we are not overlooking a treatable cause.”

I am a Behavioral Neurologist & Neuro-Endocrinologist with more than 27 years of experience and practice.
View all posts by Anton Coleman, MD →
This entry was posted in Uncategorized and tagged alcohol, alcoholism, behavioral neurology, brain injury, epilepsy, neurology. Bookmark the permalink.